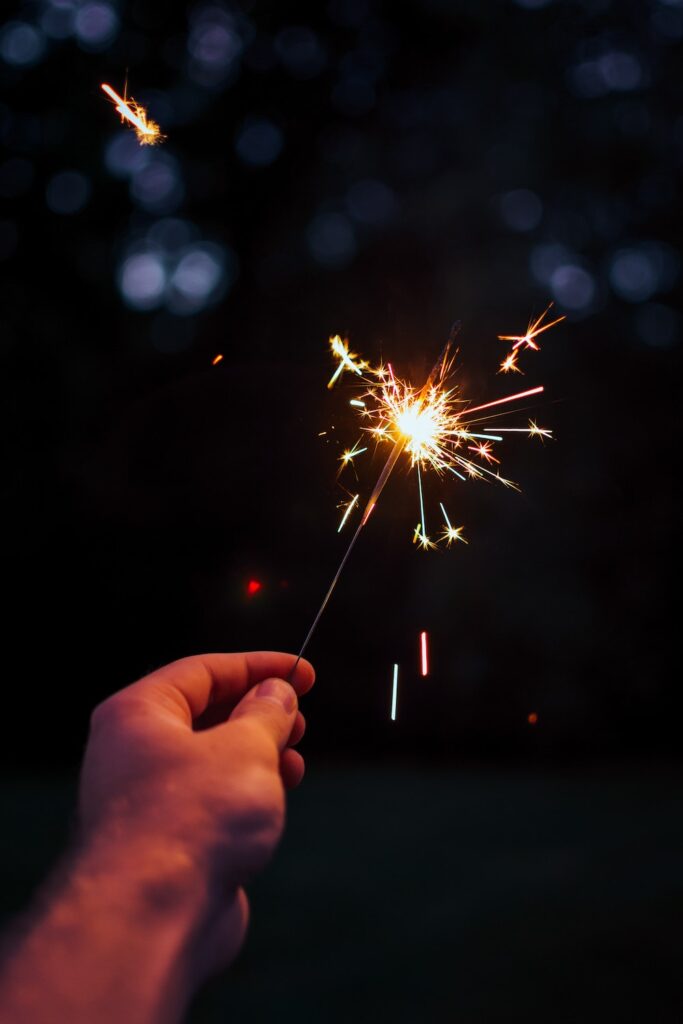 events that include fireworks, displaying the flag, and participating in a wide variety of recreational activities with a theme of freedom and patriotism.

All schools close for the celebration and many offices will close as well. When the 4th of July falls on a weekend, workers and students will get a day off during the week. Observers often take advantage of the long fun-filled happy weekend with a vacation. Many gatherings are family-oriented, serving barbecue or other regional foods outdoors. Celebrations include pool parties, sports games, and “field day” activities such as three-legged races and eating competitions. Some locations will hold a fair or carnival-like event. Fireworks may be observed at a public show or privately at home, although many counties outlaw fireworks due to fire and safety concerns.

Independence Day is also one for commemorating American heritage and honoring military personnel. Schools may hold educational activities relating to the founding of the country and the Revolutionary War. It is a tradition for politicians to make rounds giving speeches at schools and associations with a patriotic theme.

Large celebrations take place all over the country. Eastport, Maine’s 4th of July celebration has been the state’s largest, which was first celebrated in 1820. New York celebrates a happy 4th of July with the largest and most popular Independence Day show. While the city’s celebration varies every year, fireworks are set off above the Hudson River.

One would expect a great celebration from Philadelphia, the site of the signing of the Declaration of Independence. This city’s celebrations actually start on June 25 with many exhibits, festivals, concerts, and fireworks shows. Boston’s celebration features the Boston Pops 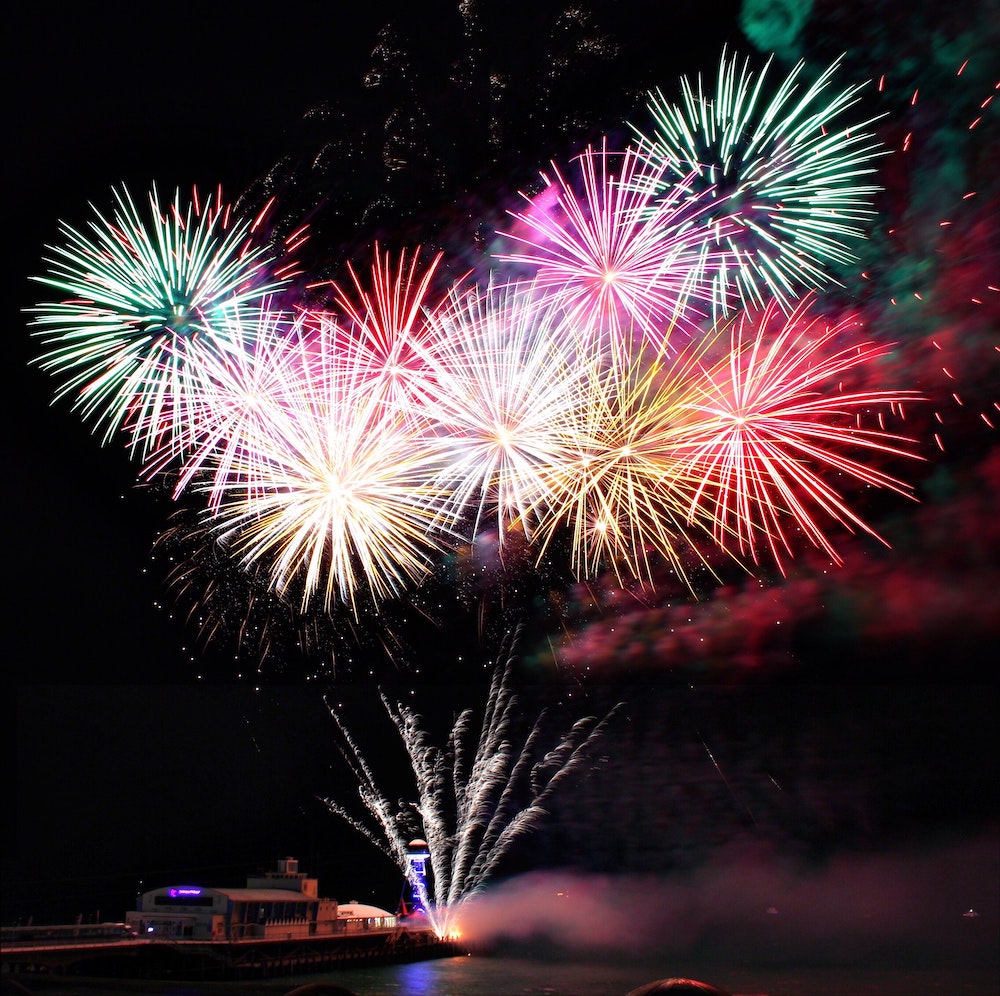 Fireworks Spectacular, a free outdoor concert put on by the Boston Orchestra. Participants will fire shots over the Charles River.

Washington D.C. celebrates with a parade of marching bands, floats, and military unites. “A Capitol Fourth” tradition features a concert by the National Symphony Orchestra on the Capitol Building’s West Lawn. After the concerts, fireworks launch at the Lincoln Memorial Reflecting Pool, exploding over the Washington Monument.

On the two-year anniversary of the signing, Washington gave his soldiers an extra ration of rum. These early celebrations actually took place, for the most part, on the night before July 4th, usually with bonfires.

The bonfires were built through competitions held between New England towns over who could build the highest pyramid of barrels, casks, and hogsheads, which were lit after the sun went down. Salem, Massachusetts often boasted the largest piles. Some New Englanders still practice this custom.

During the activities, patriotic songs are usually played: “God Bless America”, “America the Beautiful”, “The Star Spangled Banner”, and “My Country, ‘Tis of Thee”, among others.

Three American presidents in a row passed away on July 4—Founding Fathers Jefferson and Adams died on the same day in 1826, the Declaration’s 50th birthday. James Munroe died on July 4, 1831. Since then, Calvin Coolidge has also passed away on Independence Day in 1872.

The thirteen colonies separated from Great Britain on July 2, 1776 after the Second Continental Congress approved a resolution to remove itself from colonial rule. The Declaration of Independence discussed this separation, written by Thomas Jefferson on a committee with Benjamin Franklin, John Adams, Roger Sherman, and Robert Livingston. The document was approved by the congress on July 4th.

Independence Day has been celebrated every year since. The first celebration was celebrated with a dinner of the Continental Congress. Early celebrations included parades, patriotic shows, sports and games, bells, bonfires, and commemorative gun shots.

The Founding Fathers of the United States of America refers to the American leaders who signed the Declaration of Independence, managed the country during the American Revolution, and established the Constitution. Some use the term to broadly refer to all involved with America’s Independence. The term was not used until Warren G. Harding coined it in 1916. Many Independence Day celebrations honor the Founding Fathers, especially educational programs devoted to the nation’s history.

One of the most prominent Founding Fathers is George Washington. Washington was elected to the Virginia House of Burgesses in in 1758 and married Martha Custis in 1759 while increasing his landholdings t and land bounties from the French and Indian War. In the wake of the Stamp Act and Townshend Acts during the 1760s, Washington supported opposition to British policies and the boycott of English goods, chairing the Fairfax Resolves and representing Virginia in the First Continental Congress. In 1775, Congress gave Washington the position of commander-in-chief of the Continental Army.

Benjamin Franklin was an innovator of a number of subjects, including journalism, science, music and politics. Franklin often served as a foreign diplomat, having a knack for rubbing elbows with the foreign political elite. He served as a delegate for Pennsylvania in the Second Continental Congress and made some changes to early drafts of the Declaration of Independence. Franklin famously replied to John Hancock’s insistence that the leaders hang together with “Yes, we must, indeed, all hang together, or most assuredly we shall all hang separately.”

John Adams was a prominent leader in the Continental Congress alongside his brother, Samuel Adams. The lawyer from Boston represented the state in Congress and closely assisted Jefferson with the Declaration of Independence’s writing. He went on to serve two terms as Vice President under Washington and one term as president.

Traditions and Customs of July 4th

The Fourth of July is a festive day to honor America’s birth. What more could you ask for when the air is loaded with the aroma of sizzling hot dogs, sunscreen, and fireworks?

There will undoubtedly be a procession someplace, wherever you are. On July 4, cities and towns are infamous for holding a brief parade. This is ideal for your children and the best justification for gathering free candy, in addition to horses, fire trucks, police cars, and vintage cars, too?

This may very well be the highlight of the holiday as a whole. Everybody’s hearts and stomachs hold a special place for food on any holiday. Imagine a long outside table covered in hamburgers, hot dogs, tons of chips, melons, and more. You may eat these foods on a regular basis, but for some reason, they are even more scrumptious on July 4th!

Heading to the Lake

If you have a boat, nothing beats the Fourth of July. A fantastic Fourth of July involves boating while taking in the sun and listening to the radio. Your day is perfect whether you’re on a pontoon boat or speeding across the water on a jet ski or speedboat. Your vacation will be very soothing, from lounging in the wonderful, refreshing water to flying off tubes. Just remember to put on sunblock! Both the lake as well as the beach are magnificent locations for the Fourth of July.

Even though this one should go without saying, we had to include it. This is a genuinely special moment, whether you’re viewing them from a lake, beach, backyard, or park. It’s wonderful to see everyone coming together to enjoy spectacular and artistic explosions while proclaiming our freedom. They are always so much fun, whether they are big or small, and make screams like shrieking banshees.

Everyone is grooving to something, but on the Fourth of July, it often tends to be music like country or classic rock. It’s fantastic that everyone is listening to songs like “God Bless the USA” by Lee Greenwood, “Independence Day” by Carrie Underwood, and “Summer of ’69” by Bryan Adams. There’s also always the intermittent Katy Perry. Who could refuse to play “Fireworks”?

It’s time to start your bonfire when the sun goes down. Bonfires are ideal for having a few leisurely conversations, watching the fireworks as you sit by the fire’s glow, or even simply sitting silently and gazing at the embers—we’ve all done it. Additionally, graham crackers, marshmallows, and chocolate go great with bonfires. The answer is s’mores. Take pleasure in some gooey, sugary bliss as melted chocolate covers your whole chin without your knowledge.

The presence of your family and friends together, regardless of the cuisine, attire, or music, makes this day wonderful. You get to party with the individuals who are the best at making you laugh out loud, the ones with whom you have grown up and had the best moments

and the ones who have never left your side. Together with those who motivate us to be resilient, we honor America, the land of the courageous.