Things to Do on Labor Day

Labor Day is an official holiday in the United States and is celebrated on the first Monday in September. It is a federal holiday and government offices, banks, and schools officially shut down in observation of the day. Labor Day was created to remember the American Labor Movement and to acknowledge the economic and social achievements of all workers. The first Labor Day parade was held in New York City when Labor Day was still celebrated in May. An accident occurred in 1886 that prompted the then president, Grover Cleveland, to officially declare the first Monday in September as the official Labor Day in the United States. 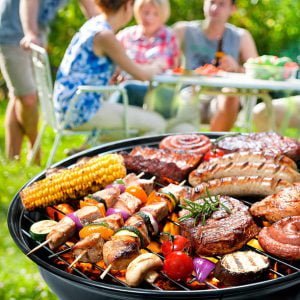 There are many different ways that Labor Day and Labor Day Weekend are observed in the United States. One common activity that is always enjoyed over Labor Day Weekend is a barbeque. Many families will commence the end of the summer season with a large family gathering. This is due to the fact that for some, Labor Day Weekend would be the last weekend of summer vacation for most school aged children. For children already attending school, Labor Day marks the first official school holiday for the school year.

Other ways that Labor Day Weekend is observed is through the various festivals and parades that pop up all over the country. Many major cities in the United States like to hold festivals and parades in honor of this national holiday. In Philadelphia, people can attend the Made in America Music Festival and other various concerts held in the park. In Washington, you can see Shakespeare in the park for free during this special time of year. Different cities choose to host different activities from scavenger hunts to free concerts in the park. Parades can be watched on the television. During Labor Day Weekend, NASCAR enthusiasts can watch the race from the track or from the luxury of their own homes.  Many other sporting events also broadcast games during this relaxing weekend. Labor Day officially marks the start of football season in the United States.

Labor Day Weekend is one of the most shopped weekends of the year. It is considered by many as the end of the 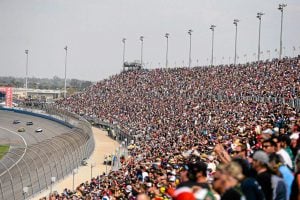 summer season. Retailers begin to sell their summer merchandise at discounted rates in order to make room for the upcoming fall merchandise. Summer resorts are getting ready for their off seasons and award discounted rates for off season. You can expect that all items associated with summer will be on sale in order to make room for fall merchandise. Clothes, patio furniture, grills, and outdoor sporting equipment see some of the steepest discounts ranging from 20%-70% off. The thing to remember is that typically only summer items go on sale. Other items such as electronics might actually spike up in prices because of how close September is to the November shopping holidays, Black Friday and Cyber Monday. If you are in the market for summer apparel, summer furniture, or summer trips, then Labor Day Weekend is your shopping weekend.

Regardless of how you celebrate Labor Day Weekend, it is a day to remember all the members of the working community.