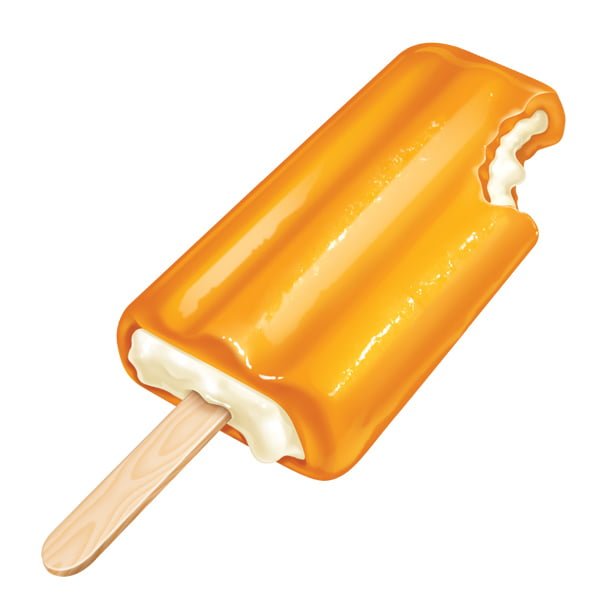 The 14th of August of every year has been declared Creamsicle Day, an unofficial national food holiday in the United States of America. What started out as an accidental concoction by a little boy later turned out to be national phenomenon. It is a frozen ice treat placed on a flat stick usually made out of wood. Its center is composed of vanilla ice cream, usually, and covered with a layer of fruit juice or flavored ice. The more common flavors of this icy treat are raspberry, lime, orange, grape, cherry and blueberry. It is also known as the 50-50 bar.

The creamsicle was conceptualized by a young 11-year old boy by the name of Frank Epperson way back in the year 1905 when he mixed water and powdered soda inside a cup, stirred his mixture and forgot it on the porch. After waking up in the morning following a cold night, he was surprised to see that the mixture was frozen. Elated, young Frank Epperson called it an “Epsicle”. As years went by, Epperson had his own family and introduced his concoction to his children. As his kids loved it, they asked their “pop” for a “sicle”. Thus, Mr. Epperson patented the name “popsicle”. From then on, the kids loved this accidental icy concept.

The most popular business that specializes in these creamsicles is the Popsicle brand which was erected and conceived by Frank Epperson himself. The creamsicle was advertised as a “frozen drink on a stick”. Mr. Epperson then sold the rights of his popsicle to the Joe Low Company of New York after feeling the pains of financial constraints. It was later resold to Good Humor in 1989, a known subsidiary of Unilever.

It is not that difficult to make a Creamsicle, since all the ingredients needed are found at home. All that is needed are cream, sugar, orange juice, and vanilla extract for flavoring. Mix these ingredients together inside a paper cup and just put them in a freezer to solidify a little. After 10-15 minutes or if mixture is icing up a bit, insert a stick inside the cup and again let it chill inside the freezer. Once it solidifies, get the frozen mixture out to enjoy.

Orange creamsicles are by far the most popular among all the frozen treats there are in the market. However, the Popsicle brand has offered a variety of options and consumers can easily select from over twenty-six different flavors. For people watching their sweet tooth or monitoring their weighing scales, the Popsicle brand has also produced creamsicle bars which are available as low fat, 100 calories, sugar free or with no sugar added.

This year on national creamsicle day, gather your family and create your own creamsicle creation. The only part of this process that you will have difficulty with, is waiting for your creamsicle to freeze. Have a few activities in mind to keep you busy while you wait for your freezer to do its job.