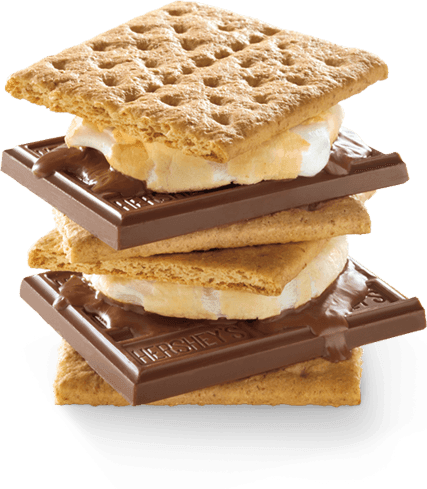 On the 10th of August National S’mores day is celebrated in the United States of America. An unofficial national holiday dedicated to s’mores. A s’more is composed of delicious roasted marshmallow and chocolate crammed in between two graham crackers. This fun and appetizing treat is a favorite during campfires.

There is no clear indication as to when the first s’more came from. Records show that the first recipe can be traced back to the year 1927 where the same was found in the compilation entitled “Tramping and Trailing with the Girl Scouts of 1927”. Hence, it was the Girl Scouts who first conceptualized this gooey and delicious food treat in front of a camp fire where they simply wanted some more after helping themselves to one. The word s’more was then conceived after the girls had simply started asking for “some more”.

Do you really need to have a campfire to make a s’more? Not exactly because you can roast or even toast a marshmallow in different ways. You can choose to microwave or even broil your s’more combination so that you can experience that yummy and sticky taste of the marshmallow coupled with the melted chocolate. Some people are even more innovative as they try to toast their marshmallows over a fired-up gas stove in order to maintain that roasted taste.

As the s’more has become a hit with families, most especially the children, it is not too surprising that leading chocolate manufacturer Hersey’s teamed up with Kraft foods to make the perfect s’more. The projected annual production of Hershey’s S’mores is a staggering 746 million.

Many delicious variants of the traditional s’more recipe can be found around the world. Many people have tried using chocolate spread in place of the chocolate piece with varying degrees of success and some have even substituted chocolate with a nut butter. Even the graham crackers can be substituted with something that appeals more to your palate, pop tarts, for instance, have proven to be sweet and tasty. Kids, in their quest for something new and exciting have experimented with a wide variety of different cookies. There are instances when additional ingredients are inserted into the traditional s’more. Some have tried introducing bacon strips, bananas, peanuts, and even chili peppers as there are individuals who want them hot and spicy. For added flavor and variation, some s’mores have been found to have jams and marmalades, cheese and even caramels.

Regardless of your preferred combination, one thing is certain, on August 10 everyone will be reaching for some more!