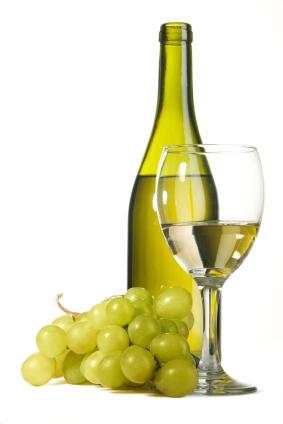 August 4 is White Wine Day, a food holiday in the United States of America. White wine is created through the alcoholic fermentation of the wort in order to maintain its transparent color. Wort is the grape juice extracted from the berries. Its color varies through different shades of yellow. In this way, white wine can be made from either white or black grapes. Being the most common wine, it has been used as an aperitif during meals. This type of wine is more refreshing and lighter to drink than its red counterpart.

White wine has been in existence for around 7,500 years. History reveals that wine was already produced between the mountain borders of Anatolia and Armenia, then known as the “High Borders.” It was then imported to Egypt. Remnants of white wine deposits were even found in the tomb of King Tut in Egypt. The Greeks were also known to have developed their own version of white wine when Hippocrates, now known as the “Father of Medicine”, had prescribed “bitter” or “vinous” white wine for his patients as a remedy for ailments and sicknesses.

White wine also has many culinary uses due to its aroma, acidity and capacity to tenderize meat. Its acidity creates a balance in food and takes away the feeling of heaviness. Aside from being a meat tenderizer, its use is similar to that of lemon juice. White wine is used as a component in the creation of sauces such as ravigote and marinara. It is also used in the preparation of risotto with prawns as well as in gravies for osso buco or veal stew. It is versarile and has been used in the preparation of chicken, rabbit and fish dishes. Some chefs will not make as chicken coq au vin, chicken marsala and flounder stew without it. Gourmet cooks serve the same type of wine they used in cooking the meal, at the table.

White wine contains antioxidants and flavonoids which can help prevent cancer. It can also help keep the heart, the kidneys and blood vessels healthy and studies also indicate that it can be a great factor in weight loss. White wine is contains tyrosol and hydroxytyrosol, two antioxidants which can also be found in olive oil but are absent in red wine. These antioxidants can keep the heart and the circulatory system healthy and functioning well. Research indicates that drinking white wine triggers the Sirtuin 1 gene which helps slow down the aging process. It can further strengthen the immune system, improve blood circulation, solve problems with the kidney and can even help fight diabetes. Studies have been conducted which found that drinking white wine reduces the risk of a female developing ovarian cancer. Also, drinking white wine can stop the growth of streptococci which is a bacteria responsible for causing tooth decay and sore throats.

Celebrate white wine day by cooking up a special dinner which called for this golden fluid and top up your glass regularly.