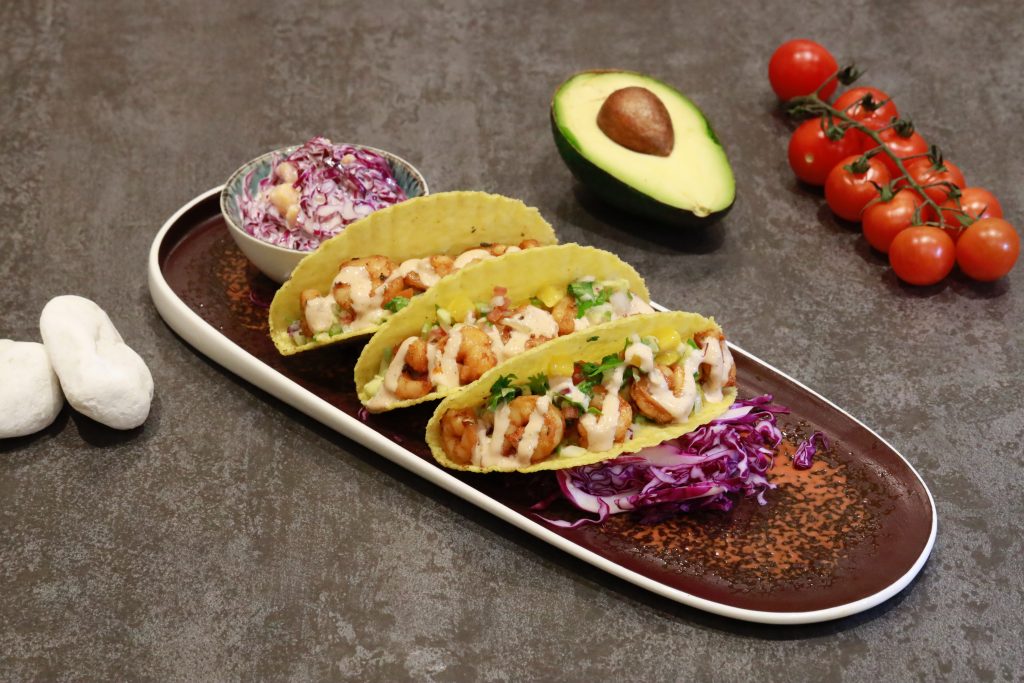 What is National Taco Day?

National Taco Day takes place every year on October 4th in the United States. This day is set aside to celebrate one of the most popular foods in not only the US but the entire world. To give a little perspective, in 2019 alone Americans ate over 4.5 billion tacos. That’s over 13,000 tacos per person in the United States. If you were to lay out 4.5 billion tacos, it would measure a length of 490,000 miles – enough to take you to the moon and back!

Most Americans are familiar with the phrase “Taco Tuesday”. Many businesses have taken advantage of American’s love for tacos by offering special deals every Tuesday. Despite the weekly celebrations of tacos, nothing compares to the celebrations that take place on National Taco Day.

The origins of National Taco Day began with Roberto L. Gomez, a San Antonio journalist from the 1960s with an unwavering passion for Mexican cuisine. Gomez, a former city council candidate, was the leader of the San Antonio Social Civic Organization (SASCO). This organization’s members were among many of the Mexican-Americans who participated in the “Viva Kennedy!” campaign – a campaign that helped secure Latino votes for JFK in the 1960 election. For the president’s birthday in 1961, SASCO sent a 48-pound tamale to Kennedy “on behalf of citizens of the United States of Latin heritage,” according to one press release. In 1964, Gomez sent President Lyndon B. Johnson, a fellow Texan, a 55-pound taco. This gigantic taco is believed to be what started the craze for celebrating tacos.

Gomez believed that Mexican cuisine deserved more awareness in America, so he created the National Taco Council. It was during this time that some local Mexican restaurants began throwing around the idea of celebrating Taco Day. At first, Taco Day fell on May 3 – just a few days before the celebration of Cinco De Mayo. In 2010, however, a San Antonio Mexican cuisine chain declared taco deals on October 4th. Everyone else picked up on this trend and it became official.

Tacos may be something that Americans celebrate and eat year-round, but National Taco Day only comes once a year. This hasn’t always been the case. In 1969, Texas Governor Preston Smith declared that the week leading up to Cinco de Mayo would be celebrated as Taco Week. Mexican restaurants, and some non-Mexican restaurant chains, began to offer discounts for Taco Week. Taco Week only lasted until 1974 when it was expanded to a full month of celebration – National Taco Month.

In 1983, Gomez, unfortunately, passed away at the young age of 49 years. With his death, the National Taco celebrations seemed to fade away. It wasn’t until 1989 that Taco Bell reintroduced National Taco Month as a promotion from Bakersfield to the Oregon Line. This, too, eventually disappeared. It wasn’t until 2000 that Austin-founded chain Chuy’s Tex-Mex applied for the trademark “National Taco Day” and set it for June 12. Even though the trademark deal fell through, newspapers across the country began referring to June 12 as Chuy’s National Taco Day. Then, in 2004, October 4 suddenly became the day everyone wanted to celebrate as National Taco Day. Del Taco put out a press release in 2009 that declared it was “Time to Celebrate National Taco Day!” This is when the holiday finally started gaining traction once more and the date got set to October 4th.

How to Celebrate National Taco Day

It may seem obvious that the way to celebrate tacos is to eat them, right? Well, there is more to tacos than we might think. After all, the word “taco” is the Mexican equivalent of the English word “sandwich”. Other than ordering tacos from your favorite Mexican restaurant, here is a list of ways you can celebrate National Taco Day:

The history of the taco is not fully known, but according to Jeffrey M. Pilcher, a taco expert, the word “taco” originates from the silver mines in Mexico in the 18th century. This “taco” was definitely not referring to the tasty food we think of today. “Taco” in the 18th century referred to the little explosives workers would use to extract the ore.

You might be surprised how many forms a taco can take. Not only that, but the contents inside of a taco change depending on where you buy them. For example, the traditional Tacos de Cabeza. This taco consists of a cow’s brain, eyes, tongue, and lips! 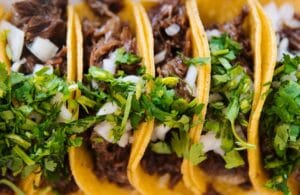 The most popular variety of taco in Mexico is the Taco al Pastor, which means Shepherd’s Style Taco. This taco generally consists of spiced pork cut in slivers from a vertical spit over an open flame.

One of the most famous types of tacos in the United States-specifically the Southwest- is the Breakfast Taco. The fried corn or flour tortilla is rolled and stuffed with meat, eggs, and cheese. It is then generally topped with salsa, avocado, and onions.

Then there is the famous Fish Taco. This taco is said to have been founded in Ensenada, Mexico. Here, fish tacos are served as small pieces of battered, fried fish in a hot corn or wheat tortilla.

Instead of ordering tacos from big chains like Taco Bell, Chuy’s, and Del Taco, try paying a visit to one of your locally-owned Mexican restaurants. These restaurants tend to have some of the best home-style Mexican cuisines and might even have some great offers this National Taco Day!

Tacos are one of the easiest foods you can make in your own home. Just choose your tortilla – corn, flour, hardshell, soft – and then fill it with your choice of fillings. Choose from fillings such as pork, seafood, beef, chicken, vegetables, and cheese. Then, garnish it with some salsa, guacamole, tomatoes, lettuce, or avocado!