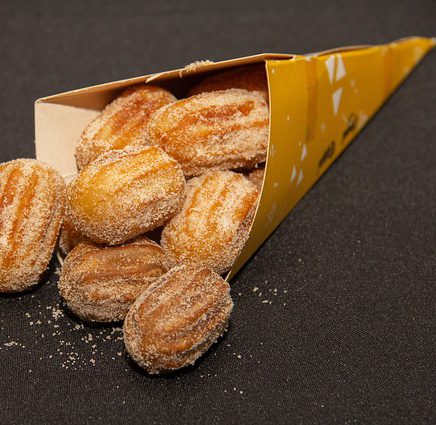 How to Make Disneyland Churros at Home

Being stuck at home to flatten the curve during the coronavirus pandemic has many of us doing two things. One- missing theme parks, and two- wanting to eat everything in our cupboards. Luckily for us, Disneyland has just released their world-famous churro recipe on their blog.

Both Disneyland in Anaheim, California and Disney World in Orlando, Florida have closed their doors until further notice due to COVID-19. According to Disney, they sell around 5.5 million churros a year between both of their U.S. theme parks. Since no one has access to their delicious churros currently, Disney also attached a video to show you exactly how to make the churros, in addition to the release of the recipe on their blog.

Not only are these churros a delicious post-dinner social distancing snack, but they are also great to make as a family and will have you missing Disney parks just a tad less. So, pull up Instacart and get ready to place an order for some churro ingredients, because you’ll want to make these as soon as you read the recipe from the Happiest Place on Earth.

Here is the recipe for Disneyland Churros:

(Keep in mind, these are smaller churro bites, not long churros like you would buy at the parks)

These churro bites are a great way to experience some Disney magic while practicing social distancing. Throw on a classic on Disney Plus, have some churros, and stay indoors so that hopefully sooner than later, we can all be back at our favorite Disney parks eating the real thing.

Hopefully Disney realizes that they’re about to cause a cinnamon shortage in addition to the current toilet paper shortage. Worth it.

Click here to watch the recipe video from Disney Parks