Once we are allowed to examine the Galaxy to which we reside, we often find ourselves awe-stricken by the immense beauty and elegance of the Milky Way Galaxy.

The Milky Way is classified as a spiral galaxy under Edwin Hubble’s Galaxy classifier which was based on the central bulge, size, and texture of the galaxy’s arms. Our galaxy contains hundreds of billions of stars along with our sun. We continue to analyze and attain information about our galaxy as we advance in scientific technologies. As a result of our explorative endeavors, we have made some notable discoveries that allow us to understand just how our galaxy functions and what it is comprised of. Throughout humanities research, we have been able to identify and nomenclate the structure of our galaxy bringing us closer to a full understanding.

In visible light, scientists have been able to detect stars and dust, but the structure was absent. Fortunately, with infrared or far-infrared researchers were able to reveal the structure of our galaxy. Those structures are Galactic bulge, Galactic Disk, the Galactic Halo and, the Dark Halo. Each of these structures has its contents, but for now, this article will focus on the Milky way’s Galactic Disk. 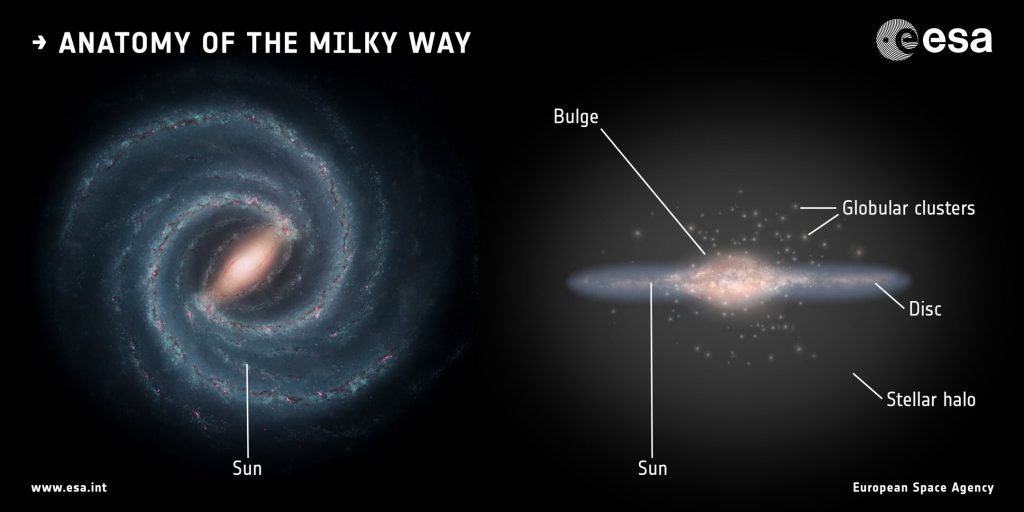 Within the Galactic Disk, stars move in an orbital fashion along with other matter. They rotate around the center in a regular pattern. This was revealed by Doppler effects. The Galactic Disk is highly flattened, and it’s a location of ongoing star formation. This structure of the Milky Way is wight in color with blue spiral arms.

The Milky Way galaxy is ultimately a wonder with so much more for humanity to discover. As we progress we will develop innovative technologies that will allow us to understand more about the Galactic structures the surround our beloved earth.

(STScI)Founded in 1981, The Space Telescope Science Institute (STScI) is located in Baltimore, Maryland, and it is a science operations center for the Hubble Space Telescope and the James Webb…