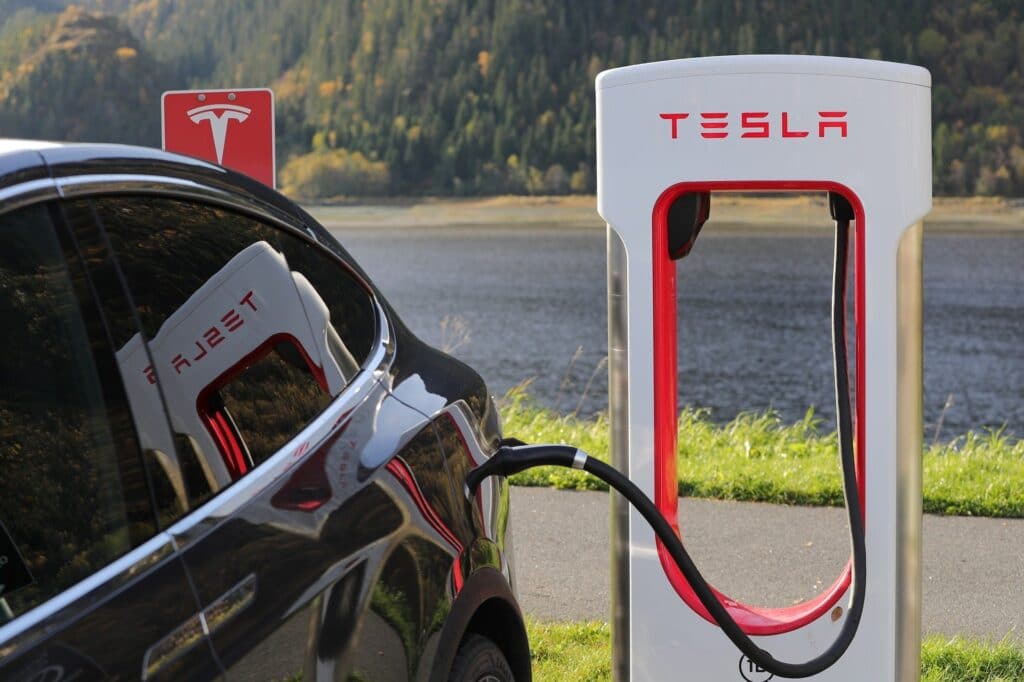 Do Teslas Use Gas? 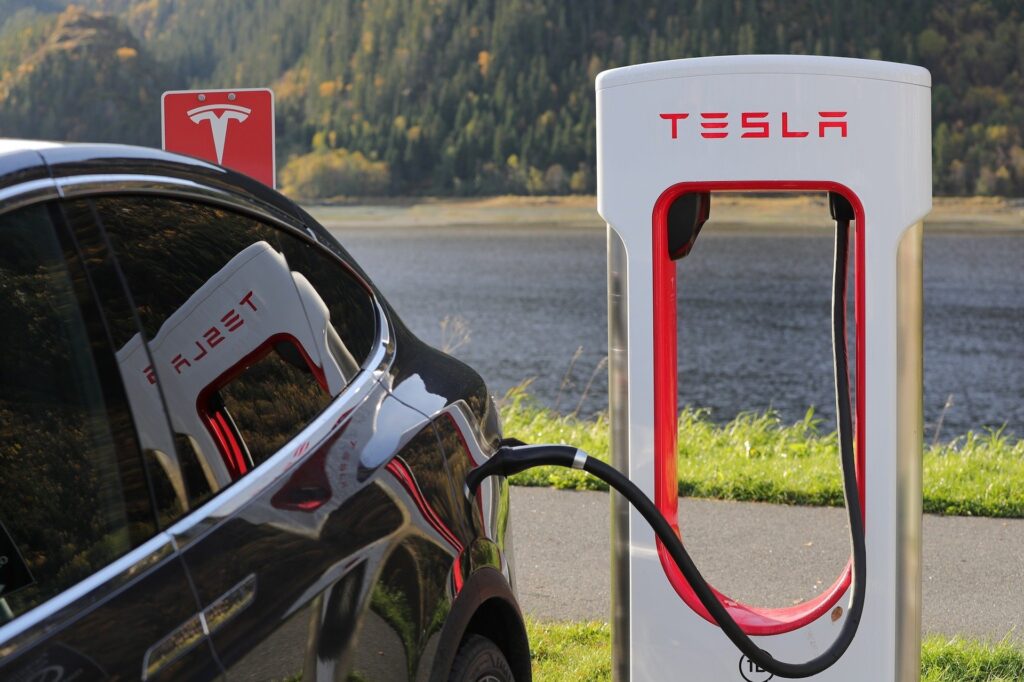 The fact that Tesla is at the forefront of the future of transportation is undeniable. Elon Musk, CEO and cofounder of Tesla Motors and second richest person on earth (only trailing Amazon founder Jeff Bezos in terms of net worth) has even made the bold claim that it is “…financially insane to buy anything other than a Tesla.”

With claims such as these, alongside a steady increase in Tesla’s market share and stock price (up more than 82% over the last year at the time of writing this article), it’s no wonder why so many drivers are considering Tesla for their next vehicle. Tesla has even introduced a more moderately priced vehicle in its Model 3, which starts at $39,990 before potential savings, making Tesla ownership an affordable option for many. But many people who are considering a Tesla or just want to know more often have one important question – “How much gas does it use?” The answer may surprise you.

The United States Government’s Electronic Code of Federal Regulations defines an electric vehicle as “…a vehicle that is powered by an electric motor drawing current from rechargeable storage batteries or other portable electrical energy storage devices.” All Tesla vehicles are classified within this category of electric vehicles, since their motors are powered by the car’s large, multi-kilowatt-hour (kWh) battery pack.

In a traditional gas-powered Internal Combustion Engine (ICE) vehicle, gasoline use makes up the vehicle’s primary energy source. Pistons inside the engine compress the liquid gas, which is then ignited by a spark. The ignition of the gas causes the gasoline to expand outward and press back against the pistons. This pressure from the ignition of gasoline provides the necessary energy to power the vehicle’s powertrain and turn the wheels. Petrolicious, a classic vehicle enthusiast organization, comically describes this process as a “mechanical symphony harnessing the power of explosions at the whim of your right foot.” This process gives ICE vehicles a relatively substantial travel range – a 2021 Toyota Camry LE averages approximately 505 miles of combined city and highway driving on a full tank of gas.

In contrast, a Tesla uses energy stored within its battery pack. A Tesla’s battery pack is many times the size of a traditional 12-volt battery that one might find inside an ICE vehicle; therefore, Tesla batteries do hold substantial amounts of energy. This energy is transferred to the Tesla’s wheels via independent electric motors, and the battery can be recharged by a standard household outlet (although Tesla’s proprietary superchargers dramatically decrease charging times by providing more energy.) As such, Tesla vehicles do not use any gas, since their drive train relies solely on electric energy from the on-board battery pack. Using this electric-only approach, the Tesla Model S Long Range has an EPA-estimated range of 405 miles.

This design is radically different than what drivers are typically used to and has both advantages and disadvantages. For one, gasoline is much more energy-dense than a Tesla’s battery pack. In other words, one pound of gasoline contains much more energy than one pound of Tesla batteries does. Additionally, Tesla batteries are heavy, and as a result, Tesla vehicles weigh much more than their traditional counterparts. A 2021 Toyota Camry has a curb weight of approximately 3,310 pounds depending on trim level; contrast this to a Tesla Model S, which weighs approximately 4,941 pounds depending on trim level. That’s a difference of more than 1,600 pounds! Heavier vehicles require more energy to move, and as previously established, Tesla’s batteries do contain less pound-for-pound energy than gas – so how is Tesla able to provide similar range to traditional gas vehicles? To recap, the Camry averaged 505 miles of driving range, while the heavier and less energy-dense Tesla averaged 405 miles. Based on the information provided, one might think that the range difference should be much greater than 100 miles; however, there’s one factor that has yet to be discussed – the motor.

Tesla’s electric motors are drastically more efficient than traditional internal combustion engines. While gasoline does contain much more energy per pound than batteries, only a small fraction of that energy use makes the vehicle move. In fact, fueleconomy.gov estimates that “only about 12%-30% of the energy [from gasoline] is used to move it down the road”. The rest of the energy from gasoline is wasted as heat (from gasoline ignition), friction (both from surfaces inside the engine contacting each other and friction between the wheels and the road from braking), and to power auxiliary systems such as ignition control and fuel pumps. 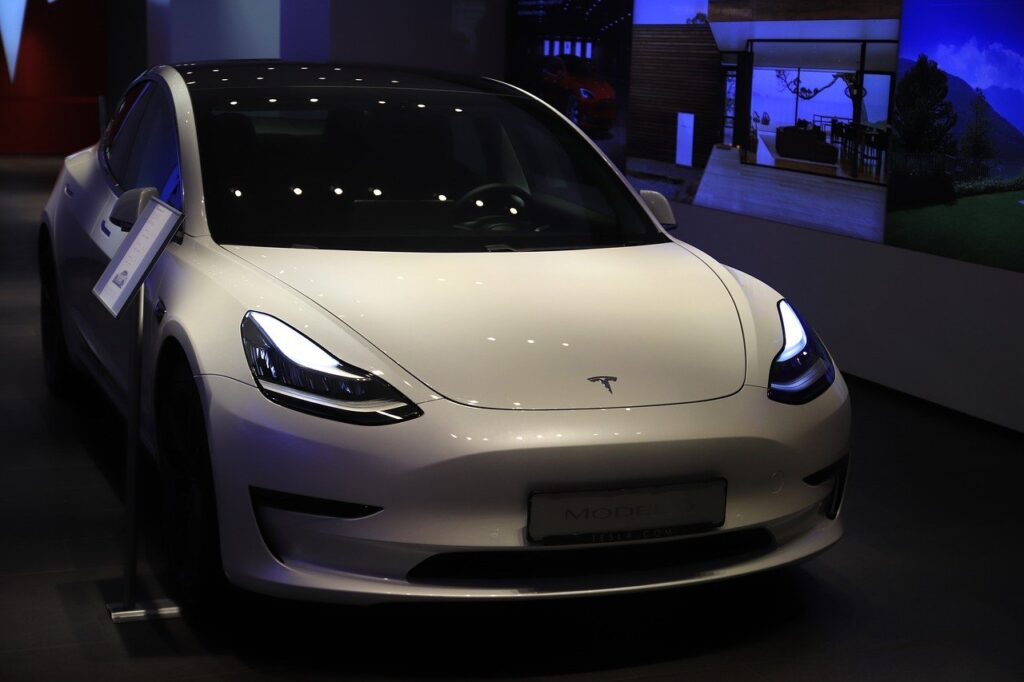 In contrast, fully electric vehicles are “77% to 100% efficient” according to fueleconomy.gov. This increased efficiency is due to very minimal heat and friction losses compared to an ICE vehicle. Additionally, electric vehicles such as Tesla utilize regenerative braking to further increase efficiency. Regenerative braking is a form of braking exclusive to electric vehicles like Tesla which uses a magnetic system to slow the vehicle and partially recharge the battery. In a traditional ICE vehicle, braking is completely wasted energy since the process uses friction-generating brakes to slow the vehicle, and all excess energy is wasted as heat. In regenerative braking, friction losses are minimized because the system is magnetic, and excess energy is returned to the vehicle battery instead of being dissipated as heat.

Since Tesla vehicles do not use gas, they can’t be refueled as conveniently as ICE vehicles. Gas stations are extremely common around the world, and you may have one just down the street. However, since Teslas only rely on their internal battery for power, a normal gas station can’t provide the fuel that a Tesla needs. To alleviate this issue, Tesla has installed high-powered charging stations known as “superchargers” along many of the world’s major highways. To date, Tesla operates over 25,000 superchargers worldwide which charge most Tesla vehicles in minutes. While not quite as ubiquitous as gas stations or as fast and convenient as filling up a gas tank, Tesla superchargers ensure that Tesla owners have an option to navigate just about anywhere in the world with only a few extra minutes spent refueling.

In summary, although Tesla vehicles do not use gasoline whatsoever, they have their own system of propulsion that presents unique advantages and disadvantages when compared to a gasoline-powered vehicle. As the record-high levels of electric vehicle sales continue to increase, you may want to keep this information in mind, since your next vehicle could very well be a Tesla. 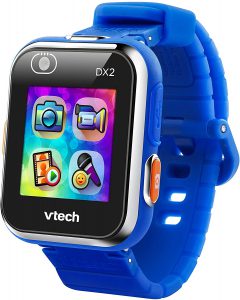 Best Smartwatches For Kids Smartphones and tablets have become must haves for tech enthusiasts and everyday consumers, but in recent years wearable technology has become the new trend in personal… 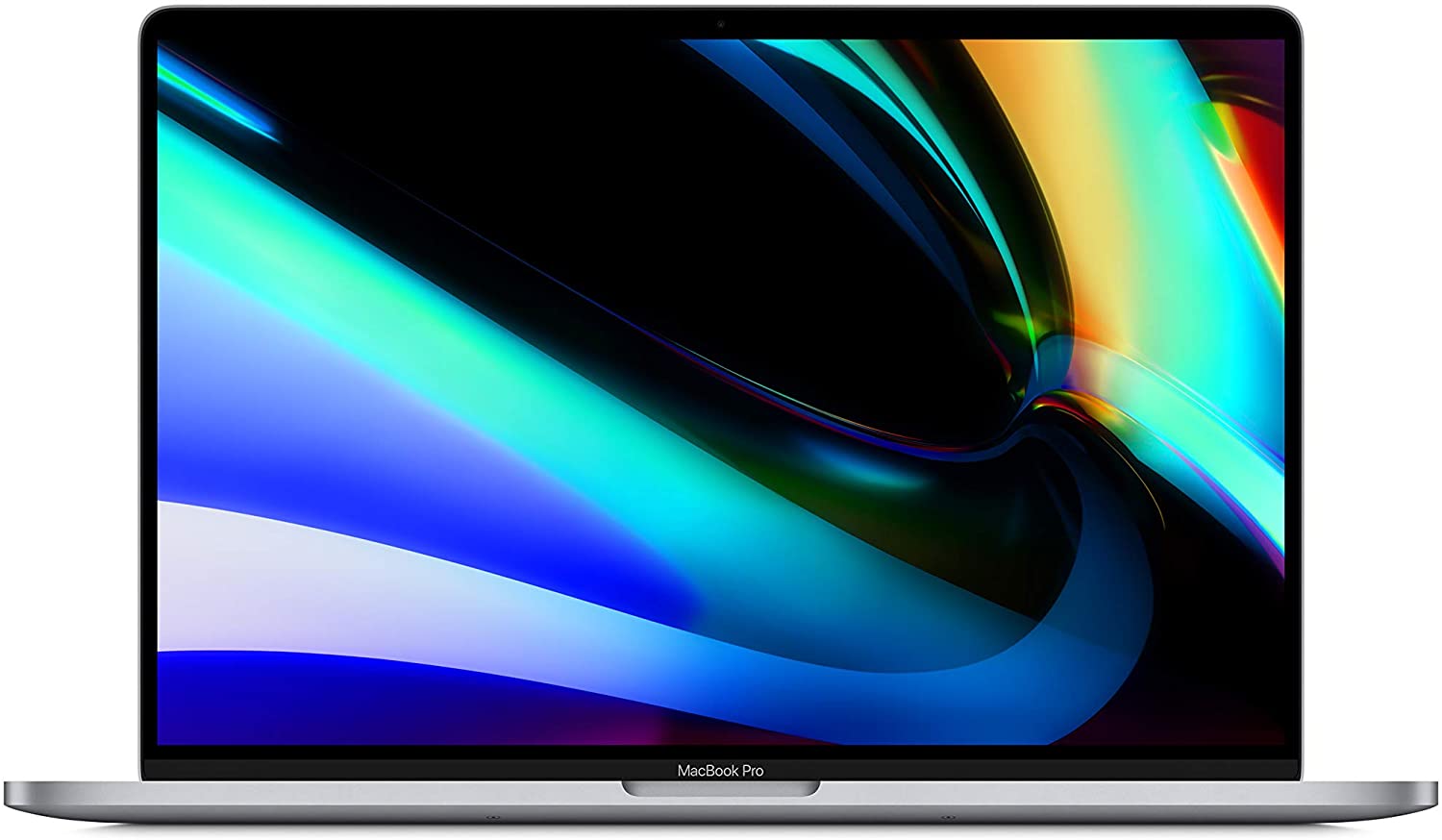 A good laptop is key for people of all walks of life. But, every person has their own jobs, hobbies, and tasks they need to run on that laptop. So,… 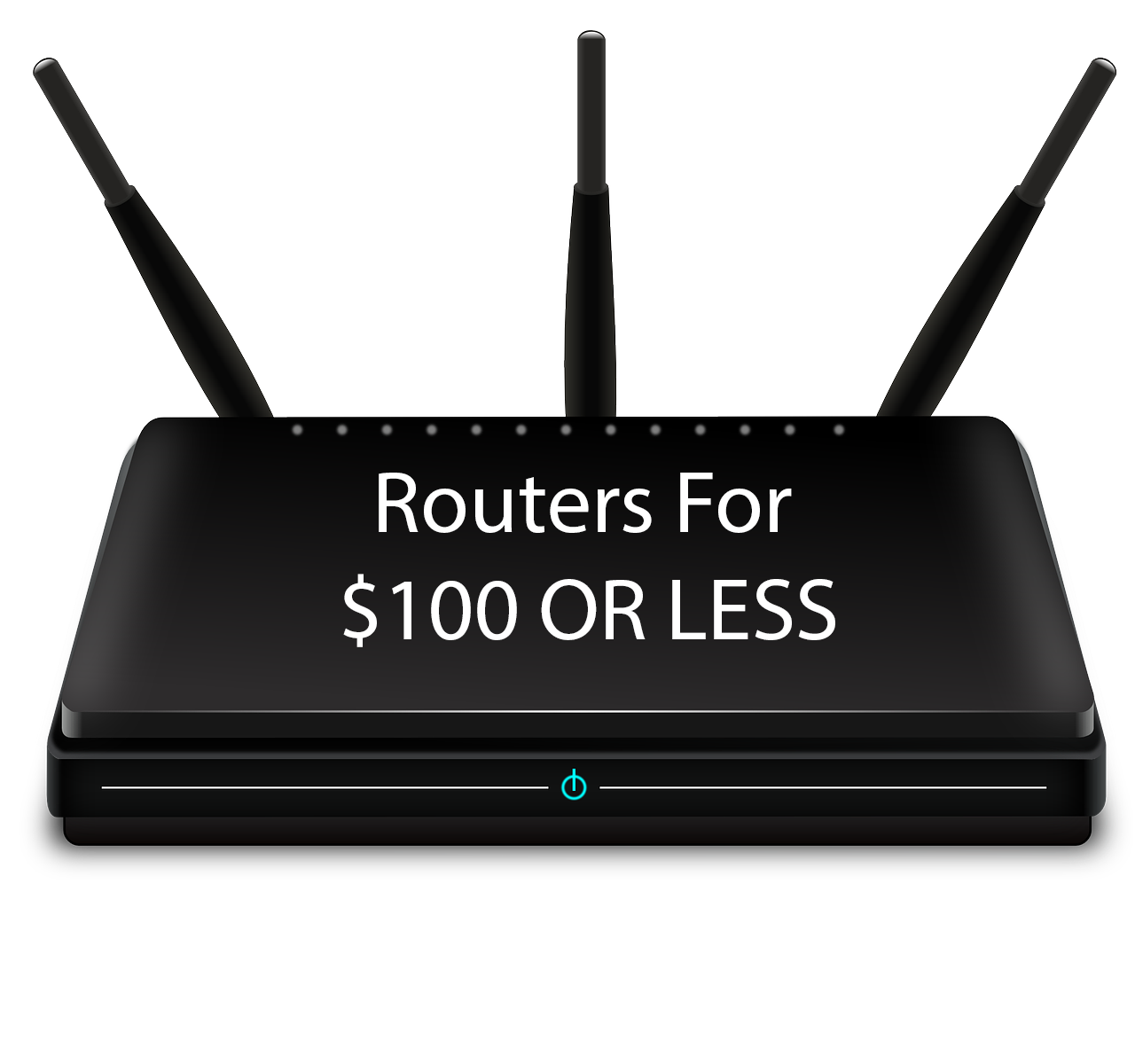 With approximately 37.1 million users worldwide, over the last few years Roblox has become one of the leading gaming platforms for kids and adults alike. The name has been everywhere,… 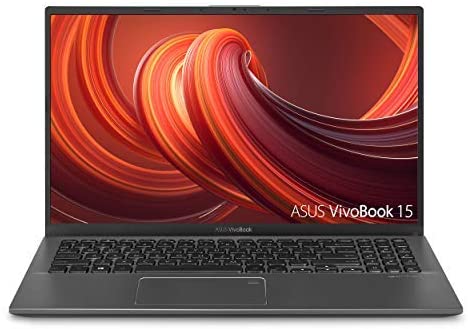 Laptops under $600 Due to the current circumstances, remote learning and work has become practically the norm, causing an influx in laptop demand, and the need for inexpensive buys. This… 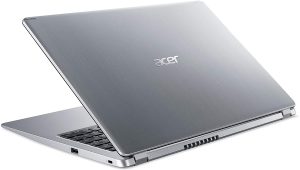 Dual Sim Phones Whether you’re looking use different networks while traveling or wanting to keep your business and home lines separate without having two phones, dual-sim phones are the way… 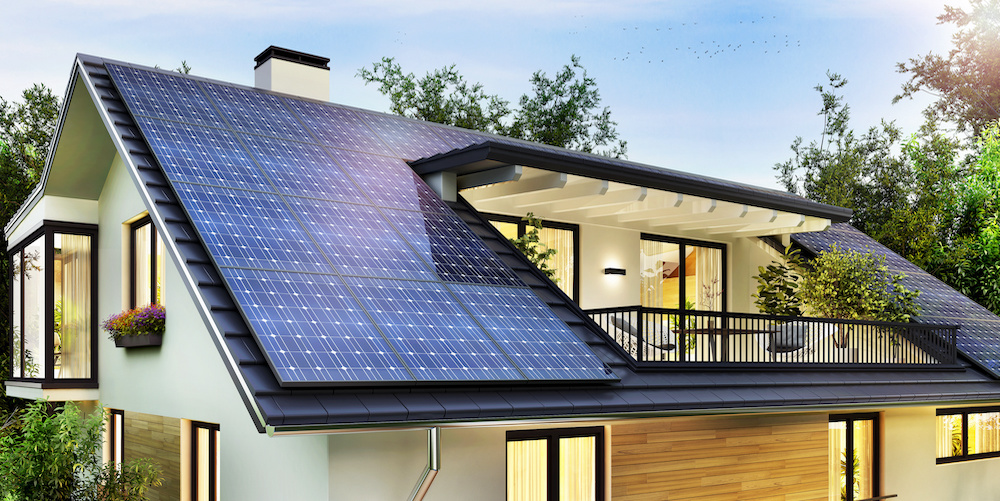 As consumers become more aware of the negative environmental impacts of fossil fuels and increasingly desire energy independence, the solar industry continues to grow. Year after year, the U.S. solar…