Christmas Day is one of the most significant festivals of both religious and secular tradition. On December 25th each year, Christians celebrate the birth of Jesus Christ and others associate the holiday as a day of giving and thankfulness. The holiday is celebrated with many Christmas traditions that vary according to culture and family.

Some families celebrate by holding a meal, exchanging gifts, attending a religious service, and going to parties and gatherings of friends and family. It is largely seen as a time to appreciate loved ones. Most workers and students in the United States will have Christmas off even though it is not considered a public holiday.

There are many other different traditions of Christmas. Observers may form groups of carolers to sing Christmas songs throughout the neighborhood. Some may mark the holiday with volunteer work with shelters or soup kitchens.

It is believed that Jesus was born sometime between 7 and 2 BC. Two of the four canonical gospels mention his birth, although it is not believed to have actually taken place on the date of Christmas. Rather, the holiday began to take place during the time of the winter solstice in order to distract from and absorb the pagan festivals associated the time of year.

Christians celebrate the birth of Jesus and the fulfillment of the Messianic prophecy. The two biblical accounts from Luke and Matthew have evolved into a popular tradition of the tale, stating that Joseph and Mary traveled to Bethlehem on a donkey in order to take part in a census. The couple approached an inn, but there was no room, so the couple was put up in a stable with a manger and farm animals. The baby Jesus was then born and was placed in the manger. Jesus was visited first by shepherds in surrounding fields that were told by angles of Jesus's birth and to go and see the child. Jesus was also visited by three wise men, guided to the nativity with a star, followed by other astrologers and scholars who had noticed the star.

The celebration of Christmas on December 25th has been observed since the fifth century. During World War I, a truce was observed on Christmas Eve in 1914 and 1915.

Before the Christian festival, a large pagan celebration of the time was Yule. Yule was a twelve day festival observed by Northern Europeans that was mostly absorbed into Christmas celebrations. The celebration's theme was the cycle of life given by the sun and observers lit fire to symbolize this. The Yule log was burned to honor Thor, a Scandinavian god. Many observers burned the log until it was ash or until only a little piece was left, which was kept for good luck. These ashes or pieces were used as fertilizer or medicine as well. French peasants often kept these ashes under their bed to protect against thunder. In Poland, the solstice was observed with themes of forgiveness and selflessness, often marked with sharing food or giving to the needy.

Many religion services will feature Advent wreaths and candles and a recreation of the nativity scene. Some churches hold a Midnight Mass. Services will not only celebrate the story of the nativity but the overall significance of Jesus Christ, as it is viewed as the coming of the Savior, a very joyous event. Passages from the nativity story will often be read along with the singing of the many religious songs and hymns associated with the holiday.

While many religious themes tie into the more secular traditions of Christmas Eve, many traditions evolved from pagan rituals or cultural folk tales:

In America, Santa Claus is a Christmas figure that brings toys to children on Christmas Eve. He is stationed in the North Pole, where he works all year with his elves as helpers to make toys to bring boys and girls on Christmas Eve. Many children will send Santa a list of things they want for Christmas or visit Santa at the mall.

On Christmas Eve, Santa loads up the toys in a red sack into his sleigh, which is pulled by twelve reindeer. The reindeer are led by Rudolph, a reindeer with a bright red nose that can guide the reindeer throughout the world at night. Rudolph used to be teased by the other reindeer for his red nose, but this stopped when it was put to good use on Christmas Eve.

Santa visits each child's house on Christmas Eve, leaving their gifts under the tree or by the fireplace. He also stuffs stockings that each child hangs over the fireplace with treats, trinkets, and other goodies. Many children leave out cookies and milk for Santa to enjoy as he leaves presents.

On Christmas morning, children will joyfully awaken and make their way to the fireplace and Christmas tree in order to see what Santa brought them. Many families open Christmas presents on Christmas Day but some may exchange gifts of Christmas Eve.

The tradition of Christmas Trees comes from the pagan ritual observed during the winter solstice in which involved tree worship carried out through decorating trees. The tradition of decorating a tree for Christmas likely came from Germany during the nineteenth century, which then spread to England and other areas. The pagan involvement of plants has also evolved into the tradition of using holly and mistletoe in Christmas decorations. If observers find themselves underneath hanging mistletoe, they are expected to kiss.

Many contemporary observers decorate the Christmas tree on Christmas Eve, although most will decorate the tree before this. The tree will be decorated with ornaments, lights, ribbons, and other decorations with an angel or star on top in honor of nativity story.

Many observers will decorate their homes and communities with Christmas Lights. This practice comes from the tradition of decorating Christmas trees with candles in Germany during the 18th century. Christmas trees are still decorated with lights along with households and the exteriors of houses, which may feature elaborate designs and patterns. 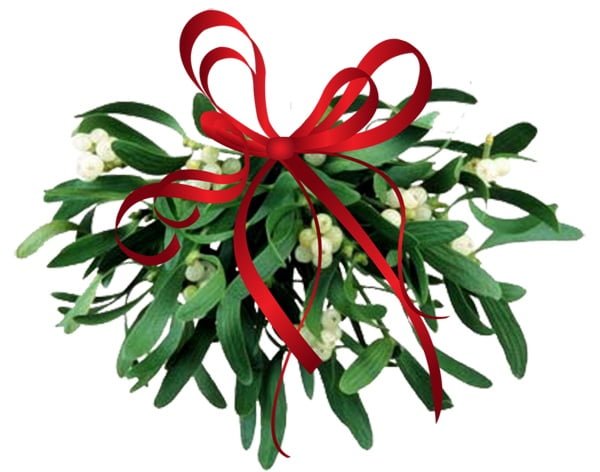 The Catholic Church wanted to eclipse the festivities of a rival pagan religion that threatened Christianity's existence. The Romans celebrated the birthday of their sun god, Mithras during this time…