The first Saturday of August is Mustard Day, an unofficial national holiday in the United States of America which is celebrated at the National Mustard Museum in Middleton, Wisconsin. Mustard is a favorite condiment coming from the seeds of a mustard plant whose color varies from the brightest shade of yellow to the darkest touch of brown and can be sweet or spicy. Though mustard is more popularly known as a condiment, it is also a component in marinades, sauces and vinaigrettes. In Belgium and in the Netherlands, people make mustard soup by mixing mustard with parsley, cream, garlic, and bits and pieces of bacon. 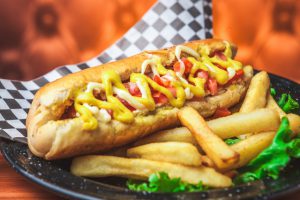 The people who are credited with having first tested out the mustard are the Romans because they combined a mixture of ground mustard seeds and “must” or unfermented grape juice. The end product was later known as Mustum Ardens or “burning must.” History shows that a recipe for mustard was contained in the late 4th century cookbook Apicius where the combination called for a mixture of an assortment of pepper, ground mustard seeds, onion, honey and vinegar, to name a few, in order to spice up a roasted boar. By the 10th century, the mustard seeds found their way into Gaul, France where the St. Germain des Pres monks began experimenting with their own version of the mustard. Upon the entry of the 13th century, Dijon, France had made its mark as a premier of mustard makers and is now considered the mustard capital of the world.

Mustard was first seen as a condiment to the American hotdog during the St. Louis World’s Fair in 1904 when it was brought in by the R.T. French Company On October 28, 1986, Barry Levenson was devastated when the Boston Red Sox had just lost the World Series. As he strolled through the night, he dropped by a supermarket and passed by the mustard wherein he claims to have heard a voice telling him, “If you collect us, they will come.” He then came up with the idea of putting up a National Mustard Museum. Mustard Day started becoming an annual event in 1991. In the United States of America, the more popular brands which specialize in producing this condiment are Heinz, French’s, Stadium Mustard, Grey Poupon, Plochman’s and Gulden’s. Other notable manufacturers of this product are Colman’s, Morehouse Foods and Keen’s.

Mustard has a wide range which is fully dependent on the kind of mustard seed and how it is prepared. The flavor of the white mustard plant (Sinapis Alba), is much tamer than that of the Indian mustard (Branssica Juncea), and the black mustard (Brassica Negra). The water temperature also plays a significant role in determining how potent the mustard is. If you want a hot or spicy mustard, then you must use cold water during the preparation process. This type of mustard is usually strong which may result in watery eyes or even soreness to the tongue or throat. Using hot water will produce a milder flavor of mustard. 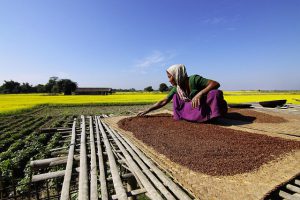 Mustard is most commonly paired with hot dogs and can be found at most fast food outlets. Its strong discernible flavor is often added to many hot meals as a secret chef ingredient. The next time you eat a meal and can’t quite pinpoint the flavor, remember that it could be mustard!