The Jewish holiday of Yom Kippur, sometimes called the Day of Atonement or Sabbath of Sabbaths, is one of the most highly regarded for the Jewish people. This day of fasting and prayer is usually spent in Synagogues, where services will center on repentance and atonement. Yom Kippur takes place on the tenth day of the Jewish month of Tishrei.

Yom Kippur ends the High Holy Days period, which marks the Jewish New Year. Jewish tradition states that God writes down one’s fate for the next year on Rosh Hashanah, the first day of this period, and the fate is sealed on Yom Kippur. The time in between is set aside for seeking forgiveness and self-improvement. This is achieved through prayer, repentance, and charity donations and activity. Some consider it to be the day that Moses received the Ten Commandments.

Prayer services on Yom Kippur are the most widely depended, as most secular Jews choose to attend synagogue on this day. Yom Kippur has five prayer services, which include a confession of sins, and prayers unique to the holiday, such as avodah, which is modeled after the services conducted in Jerusalem at the Holy Temple.

The holiday is celebrated according to a passage in Leviticus that mandates a day of atonement and fasting on this day. There are other restrictions besides a fast of food—Jews refrain from drinking, wearing leather shoes, bathing, using perfumes and lotions, and displaying physical affection. These restrictions are seen as a cleanse to bring the body to a more natural state. To prepare for the fast, a large meal is eaten the day before. Those who are young or sick do not have to adhere to some of these restrictions. Many observers dress in white as a symbol of purity.

For the evening prayers, men may wear white garments called kittels, which are also worn on their wedding day, and a prayer shawl during morning services. The first prayer, the Kol Nidrei prayer is recited the sunset before Yom Kippur. This prayer originated in the 9th century and is one of the more serious prayers.

Before morning prayers, litanies are held, called selichot, which are like petitions for forgiveness. The afternoon prayer features a reading of the Book of Jonah, a story of Jonah’s repentance to God. Services end with Ne’ila, a prayer recited before sunset, and the Shema Yisrael recitation. The conclusion is marked by blowing shofar, which are horns fashioned out of animal horns.

The process of repentance in Judaism, called Teshuva, requires regret, repentance and confession to god, or Vidui. Jews will recite the Vidui as part of the prayer services 10 full times. There are two aspects of the Vidui, the long confession and the short confession.

The Temple in Jerusalem is honored through avodah. Observers recite or listen to the temple’s sacrificial service. This is based on a method of atonement: if Jews cannot celebrate in the Temple of Jerusalem, then they must study the temple’s ritual. Many aspects of Yom Kippur services mourn the absence of the temple.

Yom Kippur atonement is specifically between the observer and God, not forgiveness between individual members. However, seeking atonement from others is still a large aspect of this holiday in conjunction with forgiveness from God.

As these rituals are designed to purify, the high priest, the Kohen Gadol, enters the temple at the center. It is very important for the priest to not make any actions that could deem him pure. The priest follows a specific schedule of prayers, offerings and garment changes. The temple is also usually draped in white.

Is Thanksgiving celebrated in Turkey? Every year, there are people newly introduced to the concept of the Thanksgiving Holiday. Because of the rich history of the holiday, it can be…

Anniversary of the Revolution in Algeria

History The French ruled Algeria for almost 132 years, they invaded Algeria in 1830 and captured it. In 1848 they controlled Algeria and became an integral part of the Algerian… 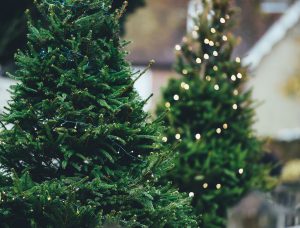 Orthodox Christmas In The United States

Orthodox Christmas Day, also called Old Christmas, is celebrated on January 7th, corresponding to the Gregorian calendar observance of December 25th. Even though the United States and some other cultures…

Popular Holidays: National Hugging Day The act of a hug brings immense amounts of joy, happiness, and comfort. In fact, as children we love hugs because they are simple acts…