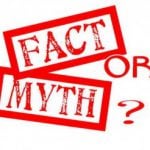 Halloween is good, clean fun. Unfortunately there are a lot of misconceptions about Halloween. Some people go as far as to consider Halloween a night that celebrates satanic rituals and opportunities for child predators, and while there are a few isolated incidents, the experience for the vast majority of Americans is clean and safe. Regardless, it doesn’t hurt to always take a few precautions each and every year.

MYTH: People poison Halloween candy
FICTION: The number one concern among parents, and rightfully so, is that some deviants purposely poison or load Halloween candy with dangerous things such as razors. In reality, however, the fear is almost entirely unfounded. According to LiveScience, there are only two known cases of poisoning related to Halloween candy. Statistically that is less than .001 percent of all Halloween candy gathers. Still, it doesn’t hurt to look over your child’s candy for any wrapper that is opened (even partially) as well as check for expiration. 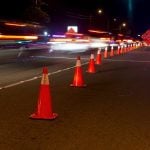 MYTH: The roads are unsafe on Halloween
FACT: It is not child predators but rather vehicles that parents should be worried about on Halloween. The holiday statistically does not have a high rate of DUI arrests compared to other holidays like Independence Day and Christmas; however it does have a high rate of pedestrian-vehicle accidents. If you can, walk with your children as they trick or treat. Regardless, make sure that they always stick to the sidewalk. 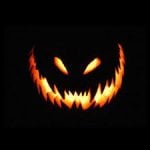 MYTH: Halloween is a satanic holiday
FICTION: Once again like the norm that Halloween brings out child predators, there are cases, but for the vast majority of participants it remains harmless. Part of the lure of Halloween is to spook and scare, but few take it too far. Many who support halloween think of it as a way of having a good time or letting the kids have a good time. 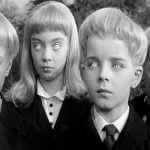 MYTH: Halloween makes kids evil
FACT: But before you get too alarmed, note that it only makes kids evil in a relatively harmless way. According to an independent study by io9, putting costume-wearing children in groups with a clear objective, such as getting candy, led to some forms of “deindividuation”. For those not familiar with the term, deindividuation is a psychological term that explains what happens when a group of maturing young people begins to care less about the consequences of their actions, leading them to do things that they might not do alone. In the end, Halloween may lead kids to be a little more deviant (for one night), but corrupt them into becoming evil souls? False.