@mrjackson
Wonders of The World

The Colossus of Rhodes was a massive statue portraying the city’s devotee God named, Helios which means The God of the Sun. It stood more than two thousand years ago, at the entrance of a busy harbor on the Island of Rhodes. Despite the fact that it remained fully intact for over 50 years, its great size and opportune position, at the seaside entrance of Rhodes, made it an obvious competitor as one of the Seven Wonders of the Ancient World.

The Island of Rhodes

Rhodes was a Greek island that was located at an intersection of two antiquated ocean exchange courses, southwest of Asia Minor and close to Egypt where the Aegean Sea meets the Mediterranean. That island was an important economic center at that time. The island was vanquished by Mausolus of Halicarnassus in 357 BC but fell into Persian hands in 340 BC and was finally conquered by Alexander the Great in 332 BC. The future empire and the administration were uncertain, when Alexander died of a fever at an early age. The kingdom of Alexander was vast. His generals battled severely among themselves for control of Alexander’s limitless kingdom. At last, one of the three generals took the controls and divided the vast kingdom into three regions and three of them were Ptolemy, Seleucus, and Antigous. Rhodes supported Ptolemy, the Egyptian ruler.

The War with Demetrius

Antigous got angry when a proposal was refused by the Rhodians so he sent his son, Demetrius, to conquer Rhodes in 305 BC with an army of 40,000 men and 200 warships. The number of men in the army was greater than the entire the population of Rhodes. Demetrius was not capable of moving forward through Rhodes’ impressive defenses as the city was protected by a strong, tall wall and the assistance troops that Ptolemy had sent in. At last Demetrius withdrew and left the battle which continued for almost a year. Demetrius signed a peace treaty and Rhodes sieged the victory.

To celebrate their victory and freedom, the populace of Rhodes decided to construct a giant statue of their patron God, Helios. Demetrius left all the equipment which he and his army had used in the battle. This abandoned equipment represented a benedictory for Rhodes. By using resources, like bronze, Rhodians were capable to construct their statue.

In 294 BC the giant, bronze, sculptural depiction of Helios started under the supervision of Greek sculptor Chares and his team. Through the span of 12 years, Chares and his team worked hard to complete the monument successfully. This monument was 110 feet high and stood upon a 50 foot tall marble base and it was forged around towers of stone blocks, situated at the entrance to Rhodes’ harbor. The materials which were left by Demetrius had been melted down, the stone towers were strengthened with iron bars and the bronze was attached to the shell. The completed statue would have likely portrayed Helios standing with his legs together, holding a light in his right hand and a spear in his left hand. The Colossus of Rhodes was finished in 280 BC.

Collapse of the Colossus

The Colossus stood proudly at the harbor entrance for some fifty-six years. In 224 BC, Rhodes was hit by an earthquake and the giant statute collapsed. For the following 900 years the vestiges of the Colossus of Rhodes lay on the ground, drawing in guests from throughout the world to witness its huge scale. In 654 AD, he Arabs conquered Rhodes and the remains of that statue were broken down and transported to Syria. Thus the story of the short lived but most formidable statue of the ancient world, The Colossus of Rhodes, ended. 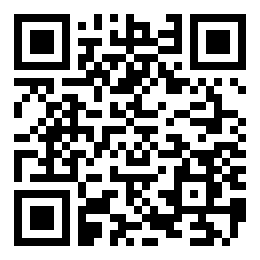